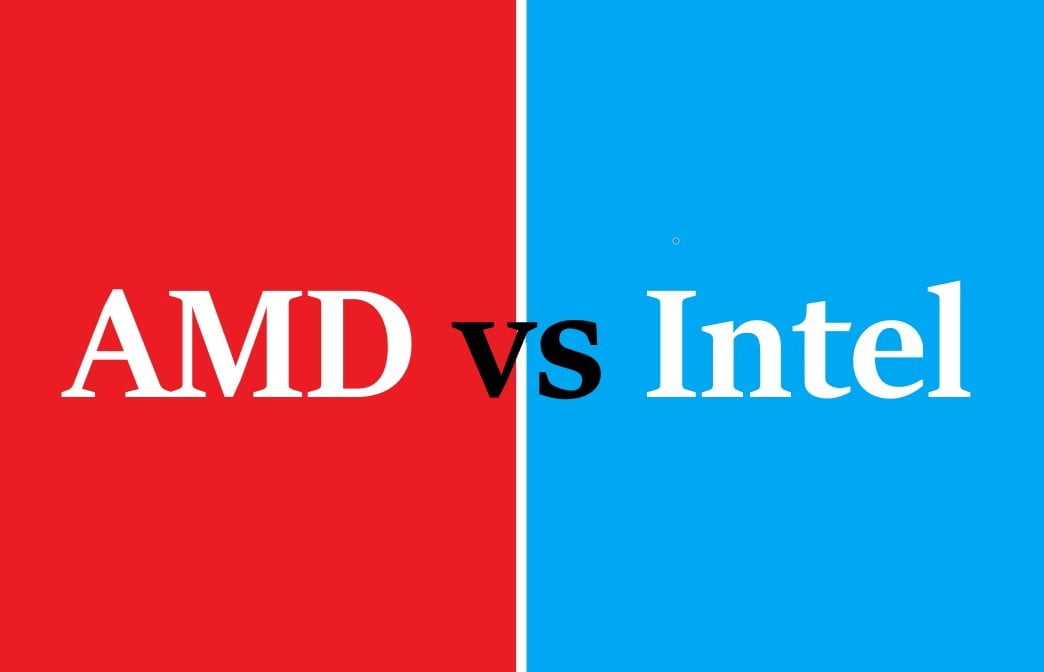 Whether you cheer for Team Blue or Team Red, there’s no denying that AMD has made massive strides in the past couple of years. Up until recently, Intel was without a doubt the champion of CPU performance.

However, with the release of AMD’s 5000-series in November of 2020 they took the clear lead in the CPU Cold War. Now that Rocket Lake is out, with much more comparable performance than Comet Lake managed, we decided we’d compare the two sides’ processors.

Every AMD processor (with the exception of the 5950X) has an Intel counterpart that performs most similarly. For example, the Core i5-11600K and Ryzen 5 5600X are priced closely, and are nearly identical in their capabilities.

Below we’ve laid out each 5000-series CPU with its Intel Rocket Lake counterpart, divided into five categories ranging from “budget” to “best”.

Note that the Core i5-11400 and Ryzen 9 5950X don’t have a counterpart, and thus win their category by default. We also excluded the Core i5-11500 and non-K variations of Intel CPUs. This is both for the purpose of simplicity, and because these models are far less popular than those that we’ve listed.

Before we get into the nitty-gritty comparisons, let’s look into the different metrics that will be used.

A processor’s performance is difficult to quantify with a single metric, since there are so many factors that go into this. Cinebench R23 benchmarks come close to doing this, as they are a consistent and reasonable indicator of a CPU’s capabilities.

Cinebench tests two values, which it calls single-core and multi-core performance. These values in and of themselves mean very little, but they’re extremely useful for the purpose of comparison.

For example, if processor A has a single-core score of 2,000, while processor B’s single-core benchmark is 1,000, CPU A can be expected to complete single-core tasks at roughly twice the speed of CPU B.

All Cinebench scores are taken from CPUMonkey’s Cinebench R23 benchmark database and TechPowerup, since these are among the most complete databases on the Internet.

We’ve also computed two “value scores” for each CPU. These are calculated by dividing the Cinebench score by the cost of the component.

Since component prices are constantly fluctuating, we use retail prices when computing value scores. If you’re deciding between two processors in a closely-contested tier, we recommend crunching the numbers yourself with current-day pricing for the most precise value metric.

Below is a complete table containing each CPU’s single and multi-core Cinebench scores, value scores, and retail price.

Now, let’s compare the CPUs within each specific tier.

We know, we know. This article is supposed to be comparing Ryzen’s 5000-series to Intel’s 11th-gen CPUs, and the 3600 is part of the 3000-series. The problem is, the Core i5-11400 doesn’t have a true current-gen AMD competitor, and it’d be quite boring to do no comparison at all.

Some claim that the last-gen Ryzen 5 3600 fills this role, so let’s see how these two stack up against each other.

Both CPUs are 6-core, 12-thread processors with very similar capabilities. The R5 3600 retails for around $210 (AMD doesn’t publish official recommended retail prices, so we’re forced to base retail price on the going rate of most major vendors), while the i5-11400 costs $182.

The i5-11400 cleans shop despite its lower price tag. With a decent lead in both single and multi-core performance, this one’s a no-brainer.

Once again we have two 6-core, 12-thread CPUs battling it out. This time, both are overclockable.

In terms of performance, these two are virtually identical. Both their single-core and multi-core scores are within 1% of each other, small enough that the differences are not statistically significant.

With this being the case, there’s very little to write about in terms of the differences between the two.

We’re giving the 11600K the win here just because it wins out in value as well (and we’re using that as the tiebreaker). If you ever find the two priced identically (which seems unlikely) and you don’t have any brand loyalties (also unlikely), we recommend basing your decision on a coin flip. Otherwise, buy whichever’s cheaper.

Speaking of cost, the 11600K is 12% cheaper, at least based on retail price. With these two processors in such a tight race performance-wise, this makes the 11600K the obvious value winner.

Now we’re getting into the heavyweight fights. The Core i7-11700K and Ryzen 7 5800X are both 8-core, 16-thread CPUs designed with heavier applications in mind.

This one’s pretty easy as well, then. If you’re looking for a current-gen 8-core CPU, you’ll probably end up buying whichever’s cheapest at the time.

While 1.5% might not be much, at least it’s something. We’re giving the R7 5800X the win in performance by merit of this tiny lead in multi-core performance. When two processors are this similar, what else can you do?

If you haven’t already guessed, it’s the 11700K that will take home the trophy for the best mid-tier value. It retails for roughly $30 less than its AMD counterpart, so of course it beats the 5800X in both multi-core and single-core value scores.

Admittedly, this one’s not much of a fight at all in terms of sheer performance, but this shouldn’t come as any surprise: The 11900K only has 8 cores to the 5900X’s 12. Have some sympathy for the 11900K; it’s tough outperforming a CPU with 50% more cores than you.

Despite its comparative lack of multi-core performance, the 11900K can shred through single-core tasks like nobody’s business. It actually beats out the 5900X in this metric, albeit by a slim 3% margin.

We apologize if this one was a bit anticlimactic. Yes, the 5900X wins massively with a 35% lead in multi-core performance, making it the high-tier CPU performance winner.

While it’s true the 5900X smashes its Intel competition in multi-core performance, Intel beats its price by almost the same margin. The 5900X is 29% more expensive, making the 11900K a significantly better value buy in terms of single-core performance.

Nobody has yet stepped up to challenge the Goliath that is the 5950X so it stands, by default, as the uncontested champion.

Its 16 cores and 32 threads (two times that of Intel’s best consumer CPU) are the most of any mainstream CPU (not counting AMD’s Threadripper line), so the 5950X was bound to win out.

Since it costs roughly the same as a small house, Ryzen’s best processor is unlikely to be found on most people’s shopping list. It’s extreme overkill for all but the most core-heavy computing tasks, so the vast majority of PC-builders will opt for a lot more budget-friendly option.

The 5950X is the current best; nothing more needs to be said.

We’re not sure who the value winner of this matchup is, but it’s definitely not the 5950X. It would feel morally wrong to tell our readers that the 5950X is any sort of value buy; it just costs what it costs, which is a fortune.

Differences Between AMD and Intel Motherboards

One last aspect to the “Intel vs. AMD” debate that cannot be overlooked is the respective cost and functionality of each brand’s compatible motherboards.

This is especially important for those who are shopping for budget CPUs; this $30-50 price gap can be the difference between choosing an AMD or Intel processor.

In addition to being more expensive than AMD motherboards in general, Intel boards, especially on the lower end, are inadequate for higher-end CPUs.

One obvious drawback of non-Z-series Intel motherboards is their lack of overclocking support. While all B and X-series AMD board offer this feature, B560 boards don’t allow for CPU overclocking, even with unlocked SKUs.

In addition, concerns have been raised in regards to low-end B560 boards’ ability to effectively utilize all cores on Intel’s higher-TDP 125W CPUs. Some low-end motherboards allow a maximum configurable TDP of 100W, despite being listed as compatible with all Rocket Lake processors (including the aforementioned 125W models). You can read more about this in our ASRock B560M-HDV review.

We hope you found this look into quantifying the value of a processor to be helpful. While it’s an imperfect science, it’s always helpful to have a comparison metric when shopping for the best processor.

If you’re reading this article in preparation of building a PC and are trying to decide on components or need help with any aspect of the build process, we recommend reading our PC-Building Beginner’s Guide. It’s a comprehensive resource on the subject that we hope you find helpful.