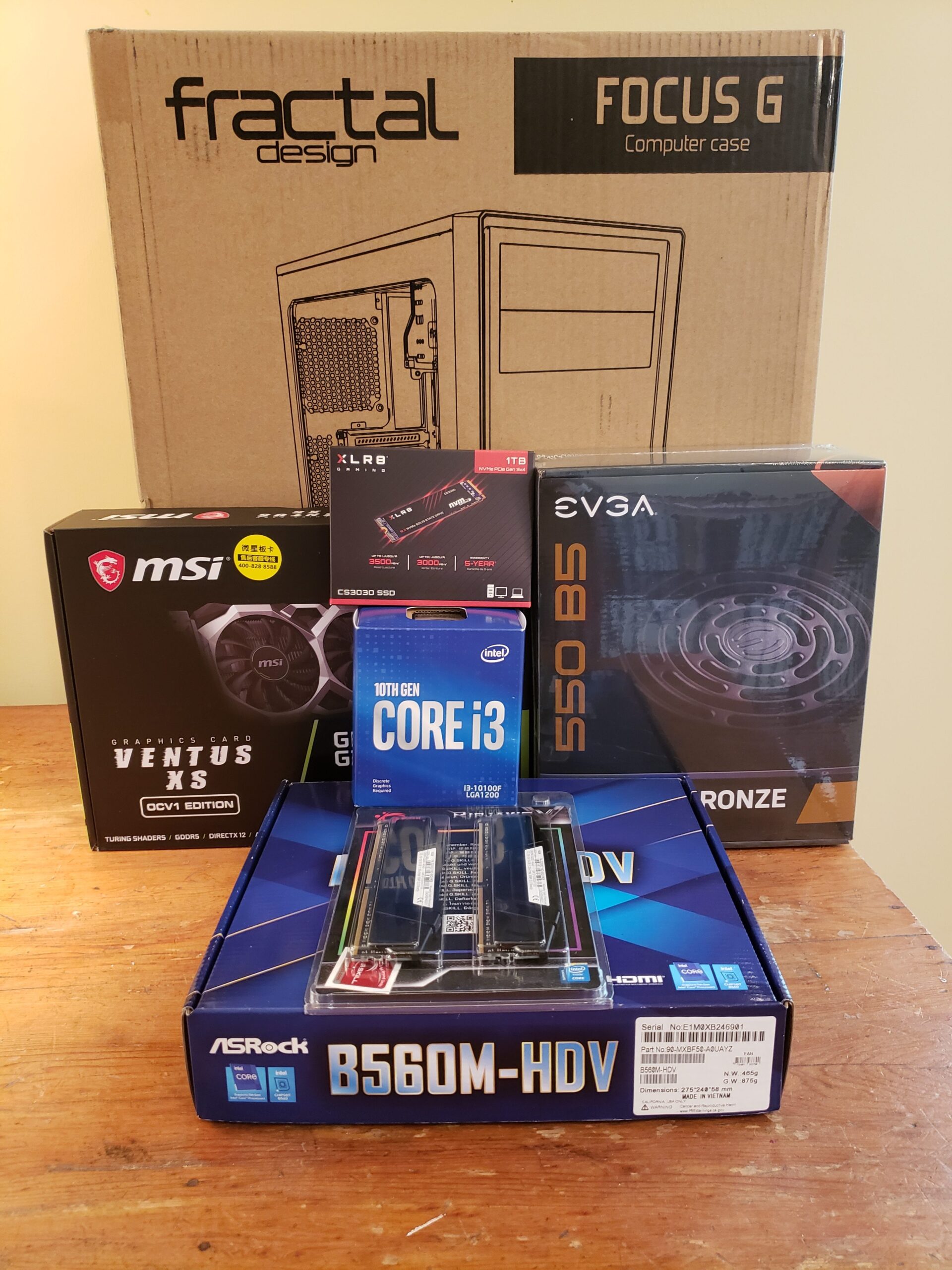 This article is part of our PC-building beginner’s guide. You can view the entire guide here.

How to Assemble Your PC:

This is the part you’ve been waiting for: assembling the parts and completing the masterpiece that is your PC. Keep in mind that it’s impossible to write a perfect step-by-step guide to assembling a PC since there are too many variables at play, especially in case design.

As such, some steps may vary slightly when building your own PC, but the bulk of the process should follow these steps. I would recommend looking up videos of someone assembling a PC with your specific case if you’re ever unsure of how a certain area is accessed.

Before you start, we’d like to throw in one last note: your parts aren’t nearly as fragile as you think. If it’s your first time building, you may feel like you’re going to break the motherboard when putting the RAM in (and you might feel like you’re breaking the RAM sticks too) but PC parts are far sturdier than you think.

Don’t be careless or use more force than necessary, but know that your parts can handle a lot more than you think.

Open the case up

Take the side panel off of the case to access the interior. Designs vary but frequently the side panel will be held in by four screws in each corner.

Another common design is having two screws or clips on the front or back, and having the front/back panel slide off.

This is one of the most fun steps of the process, and it’s kind of multifaceted if you couldn’t tell.

If there’s a plastic cap on the CPU socket, remove it as this time.

Otherwise, line it up with the bottom left corner of the socket, as shown below. As you can see, the notches in the side of the CPU are also lined up with the corresponding protrusions in the socket, so you can tell it’s aligned correctly by this as well.

Make sure the processor drops down into place without being forced. Once it’s in position, close the lever arm down. It will provide a good bit of resistance, but as long as the CPU is properly in place you need not worry about crushing the CPU or socket pins.

Cooler installation varies by mount type and model. For best results consult the instruction manual or, more realistically, look up a YouTube video on how to install it.

Whatever cooler you’re using, make sure not to forget the thermal paste. Many new builders don’t realize how important it is; if you don’t have thermal paste your PC won’t run, at least not for long.

How to troubleshoot if your PC doesn’t boot

Ideally, when you press the power button for the first time your LED’s light up, your case fans will start spinning and your computer will boot up perfectly. Unfortunately, it doesn’t always go that way. The good news is that the issue is frequently fixed with ease, and can be solved with some simple troubleshooting. Here are some common things to try if your PC doesn’t boot up on the first try.

If you’re reading this before you build a PC and thinking of all the horrible things that could go wrong, just remember that the majority of the time first-time PC builders are successful. Follow the instructions carefully and be gentle with the components, and you probably won’t have to make use of this troubleshooting section.

How to start up your PC

After creating the boot media, insert it into a USB port on your newly-built PC and press a key. This will open the Windows 10 setup wizard, and it will guide you the rest of the way through the setup. It will prompt you to enter an activation key, but you don’t have to have one. If you do decide to buy it, you can download it here.

If you don’t buy Windows 10, the vast majority of your experience will be exactly the same as that of a paid user. The only difference is that you’ll have limited access to security patches, updates, and a few other features, but these may not be worth the hefty price tag.

As a final note, if your PC was built for gaming, you may want to optimize Windows 10 for maximum gaming performance. You can find our guide to doing so here.

The Essential Guide to Motherboard Naming Conventions: AMD and Intel Board Names Explained