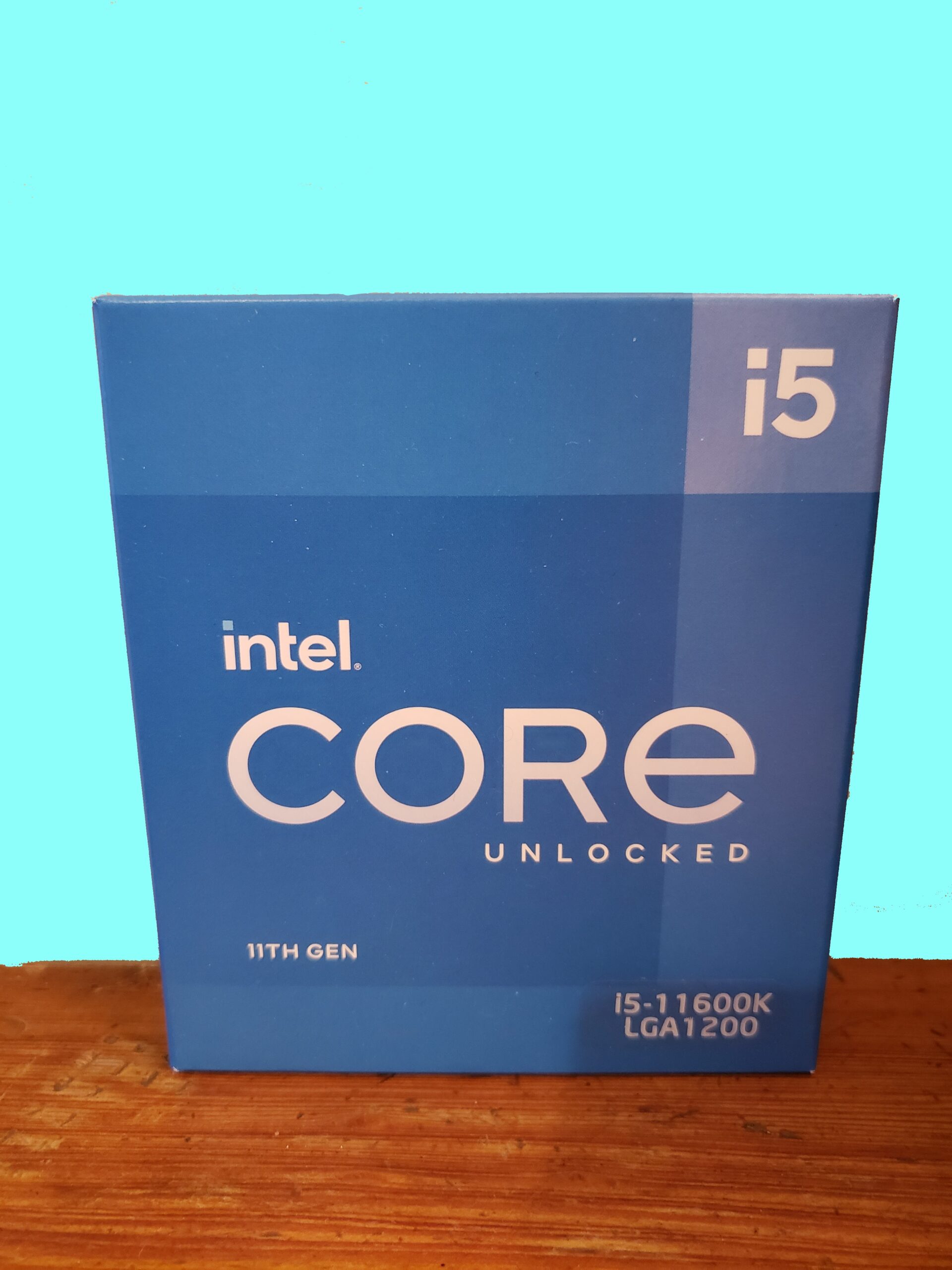 The i5-11600K has a thermal design power of 125W and improves upon its predecessor by offering PCIe Gen 4 support, allowing for higher transfer speeds which most notably affect graphics cards and SSDs.

This CPU also includes Intel’s newest UHD 750 integrated graphics, which can achieve upwards of 60FPS on lower settings in a number of titles. You can view our UHD 750 review and benchmarks here.

It’s also worth remembering that these are stock speeds. With proper cooling the i5-11600K can easily be overclocked to 5.0 or 5.1 GHz, inching its performance even closer to that of its i7 and i9 relatives.

It’s important to note that, while we include price in the comparisons, these are only the recommended retail prices provided by the manufacturers. Prices fluctuate greatly, so always check the going rate of a component before making a decision.

The 11400 is essentially a more budget-friendly version of the 11600K. Aside from its lack of overclocking support and slightly lower clock speeds, these two CPUs are nearly identical.

That’s an approximate 10% single-core and 37% multi-core performance advantage for the 11600K.

If you’re deciding between the 11600K and 11400, it will boil down to what your budget and intended use is.

If not, what are you looking for? For a budget gaming rig or medium-demand workstation the 11400 is ideal. If you want to overclock your CPU or want the best gaming performance an i5 CPU can offer, the 11600K is your best bet.

The 10600K is, as you likely know, the predecessor to the 11600K. The Rocket Lake’s (11th-gen) Cypress Cove architecture allows for more instructions per cycle (IPC), which means that the CPU sends more commands in any given clock cycle.

This alone is not necessarily enough to warrant choosing the 11600K over its Comet Lake equivalent. The 10600K is typically $40-50 cheaper, so it technically offers better value from a pure performance standpoint.

The tiebreaker, then, may come down to the 11600K’s PCIe gen 4 support. This allows for a miniscule increase in performance in higher end graphics cards, but more importantly it allows for significantly faster PCIe storage speeds.

This allows for faster boot and file transfer times.

If you’re deciding between the 10600K and 11600K, know this: The performance difference is small enough that it will likely be imperceptible. If you have a gen 4 NVMe drive, the 11600K is probably the best option, but otherwise it’s a close call and will come down to how much you’re willing to pay for a marginal increase in frames or render times.

The 5600X and 11600K are more or less the same CPU with different branding. Their Cinebench scores in both single and multicore performance are within 1% of each other. In the end you should probably choose whichever is cheaper on the day you’re buying.

Of course, if you’re fiercely in favor of either Team Red or Team Blue, your loyalties will ultimately define your decision.

The 11600K’s big brother has 2 more cores (and consequently 4 more threads). The only good excuse to spend an extra $140 or so on the 11700K is that you need the cores. The 11700K’s clock speed and single-core performance are both roughly 2% higher, which is more or less negligible.

All things considered, the Core i5-11600K represents an excellent option as a top-notch gaming CPU. It can run nearly any title above 240FPS, and can handle moderate computing tasks with great aplomb.

The 11600K’s workstation suitability is, of course, limited by its average core count. As such, it’s not as ideal for use in an editing workstation or similar utility. For tasks such as these we recommend a CPU with at least 8 cores, such as the i7-11700K or Ryzen 7 5800X.