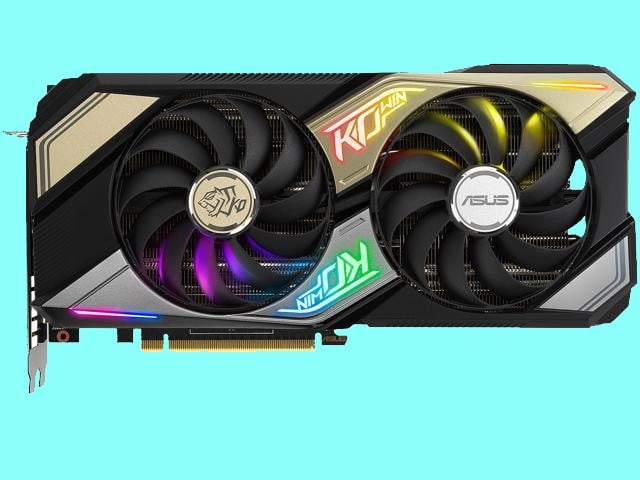 Because of inflated GPU prices a lot of folks who may have otherwise been shopping for top-tier GPUs like the RTX 3080 are left looking for mid-range cards like Nvidia’s GeForce RTX 3060 and RTX 3060 Ti. Obviously the 3060 Ti outperforms its non-suffixed sibling, but which offers the better value? In this article we’ll answer this question in practical terms by looking at how these two cards perform in-game.

First things first, let’s take a look at cost, as this is typically the limiting factor when shopping for new hardware.

The truth is, by the time this piece is written the market will have changed. Even so, we’ll try to provide an accurate representation of the going rate for both the RTX 3060 and 3060 Ti. As always, we recommend shopping around before pulling the trigger, especially when dealing with expensive components like video cards. Prices given below factor in shipping. Since we’re solely interested in gaming performance, LHR models (those with a reduced mining hashrate) will be treated as equal to standard SKUs.

Meanwhile, RTX 3060 Ti AIBs start at around $915 (note that this is the downsized ITX version with only one fan). Most of the cheaper standard-sized models including MSI’s Ventus LHR, Asus’ Dual LHR, and Gigabyte’s Eagle OC 3060 Ti’s cluster around the $950 mark.

In general, then, the RTX 3060 Ti costs approximately 19% more than the standard 3060. For the 3060 Ti to be considered a good value offering, then, it will need to outperform the 3060 by at least this margin, preferably more.

Now, let’s look at how the RTX 3060 and RTX 3060 Ti stack up against each other in real, in-game performance at resolutions of 1080p, 1440p, and 4K. All benchmarks were recorded on high/ultra settings by Random Benchmark. Values used were recorded without DLSS or RTX enabled, unless otherwise specified.

If you only care about attaining consistent 60FPS performance, however, the RTX 3060 is still a viable option. As long as you don’t enable ray tracing the base 3060 should make the mark in any game, even at high graphical settings.

In 2160 x 1440p the results are much the same: The RTX 3060 Ti wins by a wide 29.3% margin. What’s even more critical is its ability to hit the 60FPS mark in almost all games; aside from CyberPunk 2077 (a notoriously GPU-hostile title) and RTX-enabled Minecraft, the 3060 Ti averaged above 60 frames per second in all tested titles. The 3060 was only able to hit this mark in half of them.

We won’t be detailing 4K benchmarks for either of these cards, since neither of these is adequate for 4K gaming in most titles. 60FPS is the minimum standard and even the RTX 3060 Ti can’t achieve steady 60FPS performance in 4K at maxed settings in the majority of games. Consider an RTX 3070 or 3080 if you’re bent on playing in UHD with an Nvidia GPU.

It should come as no surprise that the RTX 3060 Ti will be crowned victor in this matchup. It’s priced incredibly well (compared to the general market, of course) considering the power it offers, and it’s a great choice for anything up to 1440p 60FPS.

While the 3060 may have been shown up, it’s still a better choice in some scenarios. Think of it this way: If you’re not going to use the additional juice the 3060 Ti offers, why pay extra for it?

Say, for instance, you just want to run games at 1080p at 240FPS and you don’t care all that much about graphical quality. The standard 3060 is perfect for this application so there’s really no reason to spend $150 on a suffix. Weigh these options using the provided information and your specific needs, and make a decision accordingly.

If you’re only upgrading your GPU, you’re probably best off going the traditional route and buying just the card. If you’re upgrading your whole system or considering building/buying a new one, you might be able to save money by opting for a prebuilt PC.

This is one of the best deals we’ve found, but many prebuilt models are far cheaper than the sum of their parts’ market value. Some other similar builds with the RTX 3060 or 3060 Ti include:

Shop around and you’ll probably find a couple of rigs that are cheaper or nearly as cheap as the card alone.