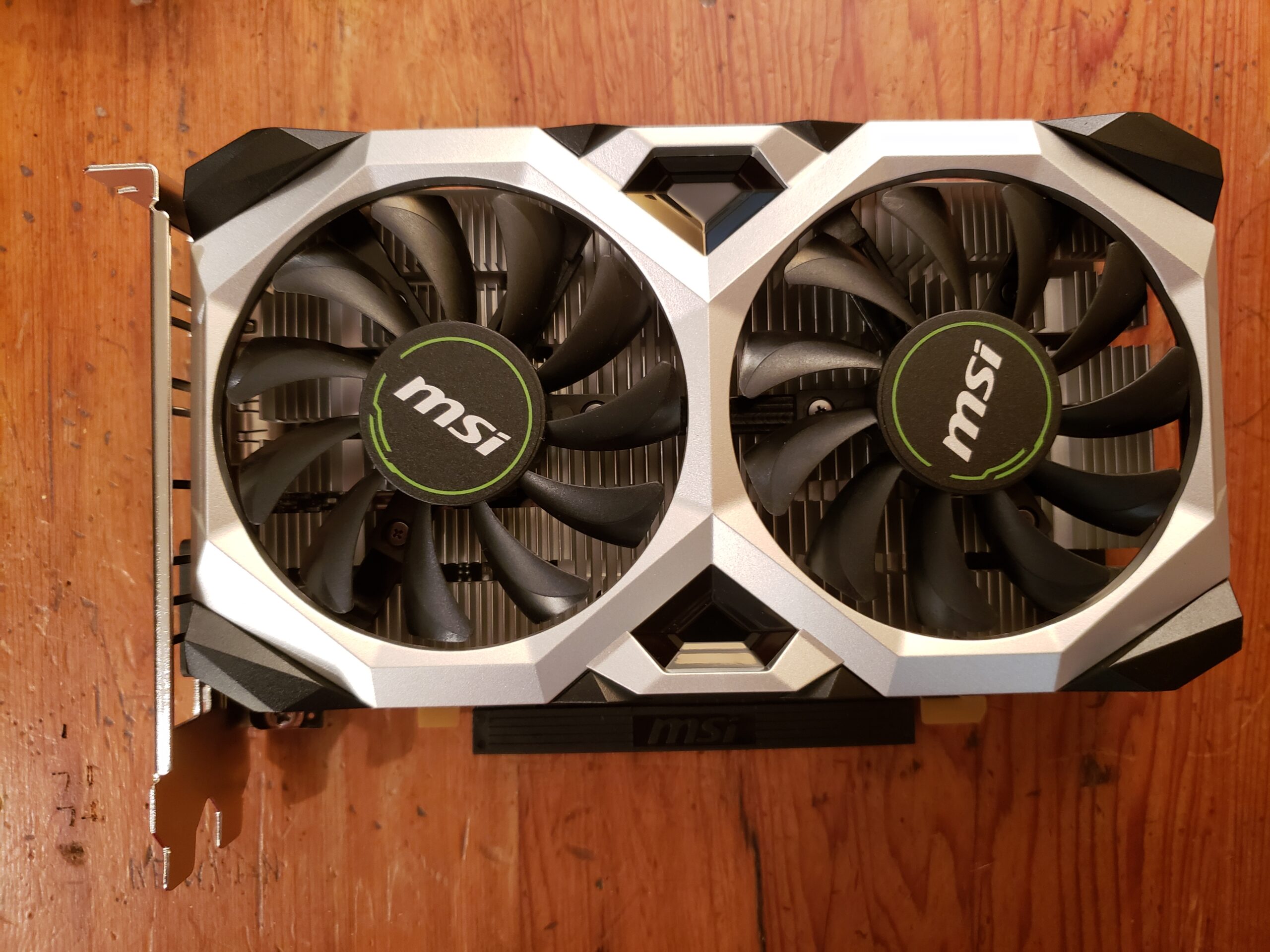 Why are GPUs so Expensive?

Unless you’ve been living under a rock, you’ve probably noticed the sky-high graphics cards prices that have plagued PC builders everywhere for the past few months. The situation continues to worsen, so much to the point that 1050 Tis, which retailed for $139 back in 2016, are selling like hotcakes for upwards of $290 on Amazon.

Nvidia’s newest 30-series graphics cards are more or less impossible to come by, and are selling for upwards of three times the recommended retail price in some places. Why is this? Well, a Trump-imposed import tax, a recent surge in cryptocurrency mining profitability, and widespread chip shortages are primarily to blame.

The aforementioned tax is a 25% tariff on imports from China, and it affects essentially all major hardware manufacturers. This means an increased total cost for Zotac, EVGA, Gigabyte, XFX, PNY, and other major brands, and most of them are passing on at least some of the cost to consumers.

Essentially, even if no other factors were at play we’d still be paying up to 25% more for graphics cards.

This tariff hit consumers hard, but in conjunction with all-time-high cryptocurrency prices it created the perfect storm.

If you’re not familiar with cryptocurrency mining, the basic premise is that a person sets up a computer to run computations in exchange for cryptocurrency, which can be sold at market price for fiat (common) money.

The graphics card is the component of the computer that actually runs the computation in proof-of-work algorithms like Ethereum and Bitcoin, so many miners have bought up mass amounts of graphics cards in order to maximize their mining profit.

Over the past several months, major cryptocurrencies like Bitcoin and Ethereum have seen a steady upward trend in price, and consequently mining has become more profitable by the day. A similar situation occurred in 2017, when Bitcoin rose to almost $20k, peaking in December of that year.

GPU prices are very heavily correlated with the going price of Bitcoin, as shown above, and the current price of Bitcoin is more than twice as much as its peak in 2017. It was inevitable that GPU prices would go up.

Lastly, chip shortages have ravaged production capacities of a multitude of companies in almost every industry. Companies are more dependent than ever on microchips developed by companies like TSMC (Taiwan Semiconductor Manufacturing Company) and Samsung.

Everything from cars to CPUs require chips, and production slowed to a fraction of its normal rate due to the Coronavirus pandemic.

To make matters worse, demand for chips took off as more and more people were staying home and buying electronics. The supply of chips dwindled as the demand for them increased.

GPU chips are the core component of graphics cards, so the current chip shortage only exacerbates the issue.

How will it end?

Nvidia has announced a new line of CMPs (crypto mining processors), which are set to release by the end of March. These will offer miners utility in the form of hashing power, but will be worthless for graphical generation. With these CMPs, Nvidia seeks to decrease the demand on consumer graphics cards for mining purposes.

They are also taking steps to effectively nerf the mining power of newer graphics cards, but there will likely be workarounds, and these steps may not deter miners from continuing to buy up the supply of new GPUs.

In short, Nvidia’s steps to ameliorate the current GPU shortage may or may not work, and will largely depend on how much value the CMPs offer in comparison to more traditional mining cards. We will have to wait and see.

Another way for the shortage to resolve would be a second crash in cryptocurrency values. With cryptocurrency’s current trajectory, this seems like an unlikely outcome. It is a possibility, though, and would certainly result in diminished GPU costs.

Lastly, the advent of Ethereum 2.0 should reduce demand for graphics cards significantly. While Bitcoin mining is popular, Ethereum mining is the most profitable by far, and is the main cryptocurrency driving GPU demand.

Ethereum 2.0 is based on a proof-of-stake algorithm rather than proof-of-work, meaning GPU mining will no longer be a viable means to mine the coin.

This is expected to debut in late 2021, but no definite dates have been set as of yet.

Don’t count on Nvidia’s mining cards to bail us out of this abysmal situation. We can hope, but the outlook isn’t exactly great. Expect GPU prices to stay high, and perhaps even continue to rise.

A massive increase in the supply of used graphics cards should cause a sharp drop in price, should this happen. It’s too seen to tell at the moment, but at least there’s a glimmer of hope on the horizon.

How to get a graphics card in the meantime

It’s not all bad news, though. There are several ways you go about trying to get a GPU. While these methods are less-than-ideal, if you really need a new video card as soon as possible, you may want to give them a shot.

The Newegg Shuffle is just like the lottery except, instead of winning mass sums of cash, you win the right to pay loads for new hardware, namely GPUs and the occasional PS5 or Xbox Series X. It’s suboptimal for certain, but if your decades-old card just died it might be your best chance.

Typically, it works like this: The window for entry opens at 11AM EST most weekdays, and you can select all of the products you’d like to enter for. To maximize your chances, we recommend entering for every card; beggars can’t be choosers, and at the end of the day any 5000-series or 30-series GPU is an invaluable asset.

Each card is paired with another piece of hardware; you have to buy both to get the GPU. The bundled components tend to be less-desirable components that Newegg is trying to get rid of, and they’re usually priced above what they’re worth. For instance, we won an RTX 3070, and it came bundled with a $200 Z390 motherboard, which is incompatible with current Intel CPUs and therefore obsolete.

As lotteries go, the Newegg Shuffle isn’t ridiculously difficult to win. For reference, we’ve entered 35 times (always selecting every option) and won three times, giving us a rough 9% success rate. One was an RTX 3080 with an overpriced Z490 Aorus Xtreme Waterforce motherboard/cooler combo, another was the aforementioned 3070/Z390 bundle, and the most recent was an Asus RTX 3090 with an Asus TUF B550M-ZAKU. Our success rate seems to be a tad better than the general populace, but if you enter every day for a month or two you have a solid chance of success.

If you’re looking to remove chance from the equation, you may want to consider buying a prebuilt gaming rig. These tend to be far cheaper than building a PC yourself, since manufacturers like HP and Dell purchase components in bulk and pass a lot of these savings on to the customer.

These prebuilt rigs often feature more bare-bones AIBs, so while the actual GPU remains the same (a 3080 is a 3080), the cooling system may be lower-end. Even so, these cards’ performance will be very similar to higher-end third-party makes. This rule doesn’t always hold true, though, as some smaller-scale companies like SkyTech use your typical MSI, Zotac, Gigabyte, or EVGA boards.

There are two primary approaches you can take when buying a prebuilt: Buying and keeping the entire PC, or removing the graphics card for use in another build and reselling the remainder to minimize costs. If you don’t yet have a PC, you may be best off keeping the entire prebuilt, as this is more cost-efficient. If you only need a graphics card upgrade, though, the latter is a viable option.

If you go about doing this, here are a few of the best options for various cards:

Art of PC is reader-supported. If you make a purchase through one of our affiliate links, we may earn a commission. Thanks for your support!

SocialGood Crypto Back Review: Is It Legit or a Scam?

GamerzArena Review: How to make $100 extra per month playing games