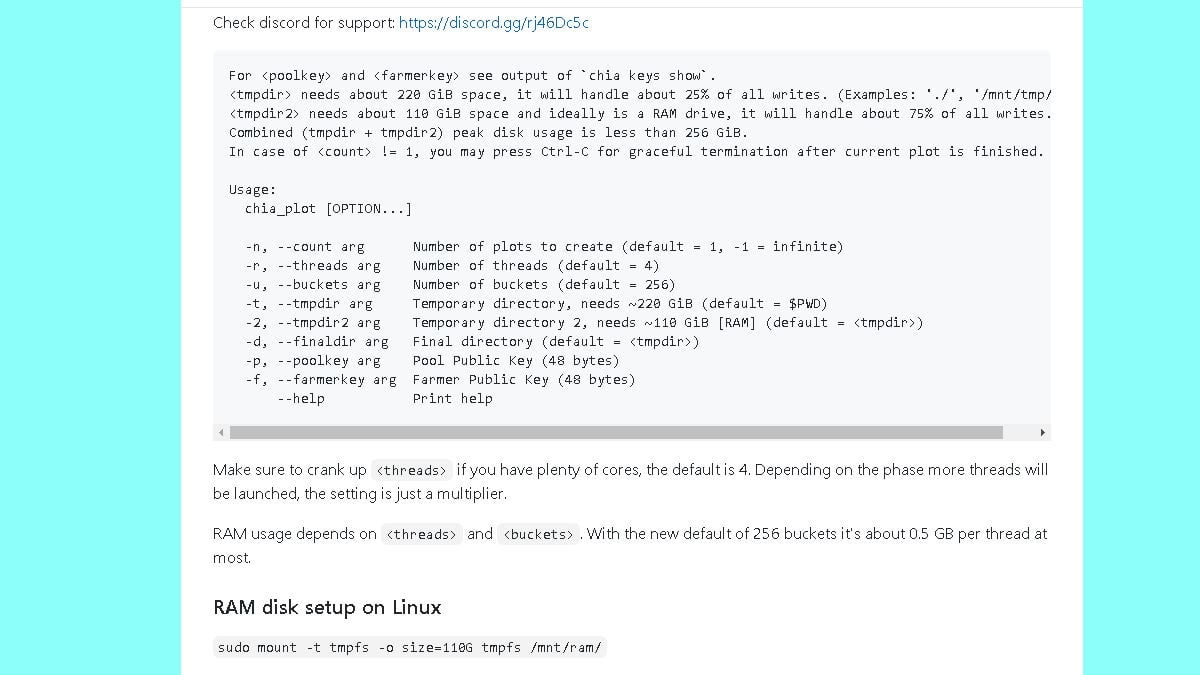 Not everyone loves Chia, but there’s no question that it’s spurred some pretty impressive developments. One such project is GitHub user madMAx43v3r‘s Chia Plotter.

While using the default Chia Plotter can utilize a maximum of 4 threads per plot, MadMax’s plotter makes use of all of a system’s threads for maximum plotting speeds.

Remember how we said this new plotter can max out your CPU threads? Sloth Tech TV, a tech-focused YouTube channel, took this to the extreme with a dual-CPU setup featuring Xeon’s E5-2690 v2. Each of these processors features an impressive 20 threads, making for a massive 40-thread setup.

Aside from this, the system specs weren’t all that impressive. Sloth Tech used 64GB of DDR3 ECC RAM and two 300GB hard drives.

In testing, Sloth Tech was able to create a plot in 24 minutes, a monstrous improvement over even the fastest records using the official Chia GUI.

That’s incredible, and his setup used only 40 threads in total. Imagine the speed of a rig with dual AMD Threadripper Pro 3995WX’s, for a total of 256 threads. Presumably, faster DDR4 RAM would also help speed up plotting times.

As an added upside, “you don’t need lots of RAM to do this,” as the title of Sloth Tech TV’s YouTube video states. Like we said, he only used 64GB of RAM. That’s a good bit for a consumer system, but large-scale Chia plotting rigs regularly feature 128 or even 256GB of memory to allow efficient parallel plotting.

You can see the video below.

Yet another impressive feature of MadMax’s Chia plotting software is its significantly lower impact on storage drives. As described in his GitHub ReadMe, it utilizes two temporary directories labeled tmpdir and tmpdir2.

According to his notes, the first temporary directory needs about 220GiB of space (this equates to roughly 236GB), while tmpdir2 requires around 110GiB (118GB). Keep in mind that this is just recommended for optimal performance; you’ll still get significantly better performance than the default Chia plotter with less RAM, as evidenced by Sloth Tech.

The second (RAM) directory handles about 75% of the writes, which means that only 25% is left for your actual storage drive. This decreased usage of your storage will keep your NVMe (or whatever drive type you have) from burning through terabytes of writes quite so quickly.

Where to Get MadMax’s Chia Plotter

If you’re a Windows user, fear not; MadMax’s fellow GitHub user stotiks built a Windows-compatible version which you can find here.

See Also: How to Mine Chia

The Best Storage for Chia Farming

Art of PC is user-supported. If you make a purchase through one of our affiliate links, we may earn a commission. Thanks for your support!