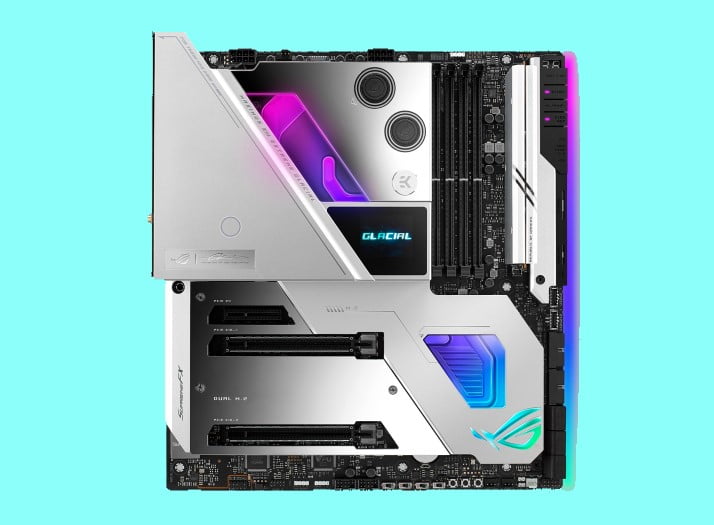 Why does a motherboard’s chipset matter?

Picking a motherboard can be a tricky process, and one of the most important distinguishing factors between motherboards is chipset. It’s imperative that you make a good decision, though, since all of your PC’s components will need to be compatible with your motherboard.

You can see, then, why choosing the right chipset is important. If you buy the cheapest motherboard available, you might miss out on important features. On the other hand, if you’re building a relatively modest rig you probably don’t need to spend a ton of money on a top-of-the-line board.

Which one of these is best for you, though? We’ll compare the important features of all four chipsets to help you make an informed decision.

As a general rule of thumb, the last two letters of a chipset will tell you how it stacks up compared to others of the same series (in this case, we’re looking at Intel’s 500-series boards). Following this, you can see that the typical H510 motherboard will have less features than the average B560. H570s are slightly better, with Z590s generally being the best.

Of course, the highest-end model of a lesser chipset will still be better in some ways than a cheap member of a higher chipset. For instance, the best B560 motherboard will be nicer than the cheapest Z590. It will probably have a lot better fancier heatsinks, better aesthetics, and perhaps more PCIe or M.2 slots. However, even in this instance the Z590 will still have advantages over the B560, namely CPU overclocking support. The first, and least, of Intel’s 500-series chipsets is H510. These are generally the cheapest motherboards, and are best suited for low-budget builds paired with low-end Rocket Lake-S CPUs.

They’re only available in Micro-ATX and Mini-ITX sizes, meaning they typically only have one PCIe x16 (discrete graphics card) slot and two DIMM slots. Thus, there’s minimal room for expansion and only support for a maximum of 64GB of RAM. This shouldn’t be an issue for most, as the vast majority of users use 8 or 16GB or RAM and one graphics card (SLI has become obsolete).

Another small disadvantage of H510 boards is their relatively low memory speeds; they only support up to 3200MHz. Keep in mind, however, that any non-K CPU supports a maximum of 3200MHz anyway, so it would take a K-series SKU to notice a difference, a combination you’re unlikely to see with an H510.

All in all, H510 boards are ideal if you’re looking for something cheap and functional. They’re not too fancy but they offer everything that’s absolutely necessary. We don’t, however, recommend using them with an 125W CPU; stick to 65W SKUs or upgrade your motherboard. Next on the list is B560. This is one of the “big two” chipsets; it and Z590 have far more makes and models on the market than either “H” chipset. B560 boards come in all shapes and sizes; Full-size ATX, Micro-ATX, and Mini-ITX.

The range of B560 motherboards includes some incredibly nice models like the MSI Mag B560 Tomahawk with swanky VRM and M.2 heatsinks, RGB lighting, multiple PCIe x16 and M.2 slots, and the full-fledged four RAM slots, as well as some more bare-bones models like Gigabyte’s B560M DS3H and the Asus Prime B560M-A.

The main advantage of B560 over H510 is Optane Memory Support (an Intel technology that improves system performance) and a lot more room for expansion on average, including more SATA and USB ports, and some models with multiple PCIe x16 and M.2 slots. H570 motherboards aren’t all that common; according to PCPartPicker, there are only 8 models available. This include at least one of every major form-factor; ATX, mATX, and ITX. The main dissimilarity between B560 and H570 is higher supported memory speeds, a relatively unimportant metric considering most users own 3200MHz memory or lower. Additionally, even Micro-ATX H570 models have two PCIe x16 slots, four RAM slots, and two M.2 slots.

They’re priced very similarly to B560 boards, and depending on fluctuations in the market there’s usually a lot of overlap between the two. Since these chipsets share so many features, they’re largely interchangeable. Choose whichever is more affordable that has the amount of expansion slots needed. Like the B560 chipset, Z590 encompasses a massive array of products, from cheap boards like ASRock’s Z590M Phantom Gaming 4 to Asus’ ROG Strix Z590-E. Z590 boards skew towards the higher end, so they’re generally rather expensive. In addition to overclocking, Z590 boards offer all of the features of previously-covered chipsets.

If you’re looking to craft an eye-catching, high-performance gaming rig with a Rocket Lake processor, a Z590 motherboard is your best choice for doing so.