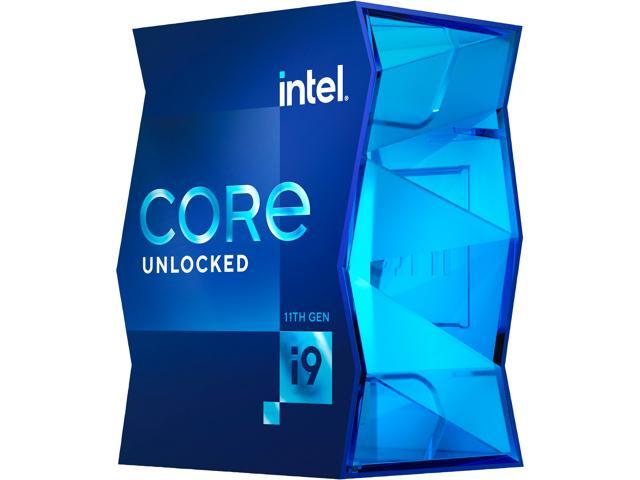 The CPU is one of the most important components to consider when building a computer. If your CPU isn’t up to par with the rest of your system, it won’t matter how good your graphics card is; you’ll still get low frames.

The good news is we’ve curated a list of the best Intel gaming CPUs, tailored for every purpose. Performance needs vary from person to person, as do budgets, and we’ve taken this into account. We’ve got a CPU for every kind of build, from budget gaming rigs to top-dollar workstations.

All of the following CPUs also have an “F” counterpart. For example, the i3-10100 and 10100F. The F denotes a lack of integrated graphics, meaning the CPU will not be able to generate an on-screen image.

The i3-10100 is the undisputed king of budget build CPUs. Despite its i3 designation, it packs some serious performance. If it isn’t bottlenecked by the graphics card, it can achieve framerates upwards of 200FPS in popular titles including Fortnite, VALORANT, CS:GO, and Overwatch in 1080p. In harder-to-run titles like Warzone and Battlefield, the 10100 still averages over 100FPS, an impressive number for such an affordable chip.

The 10100 is best if you’re looking to run games around the 144FPS mark at an affordable price. The only real downside is its low core count, which limits its usability as a workstation CPU. This is to be expected, though, since it’s only an i3.

The i5-11400 costs a little more than the 10100, but boasts better performance and a higher core count. The 11400 is a great choice for mid-range builds in the sub-$200 price range, and it can easily pull 144FPS in just about any game, as long as the graphics card is capable. It will hit the 240FPS mark in many games, making it one of the best-performing budget CPUs on the market.

The i5-11600K is considered by most to be the best CPU for gaming. It delivers lightning-fast performance; with a sufficient graphics card you can push upwards of 240FPS in almost any game. The 11600K matches the in-game performance of more expensive chips like the 11700K and 11900K; the only difference is its lower core count, which makes it less efficient at heavy computational tasks. It is unlocked, meaning it can be overclocked for ever stronger performance.

Regarded by many to be the best CPU for content creation and other similar tasks, the 11700K combines the 11600K’s gaming performance with greater multitasking power. It can sustain high in-game speeds while recording, streaming, and running various programs in the background.

For the best performance money can buy (in an Intel consumer chip, at least) look no further than the 11900K. It surprisingly has less cores than its 10-core 10th-gen predecessor, but it offers better performance by offering boost clock speeds of up to 5.3GHz. In addition, it offers high overclocking potential for even higher performance gains, with the current record coming in at a whopping 7.3GHz. The only downside is, of course, its lofty price tag. If money is no object, this is the CPU for you.

We hope this guide helped you narrow down your choices, or perhaps even decide which processor you want to get. If you’re upgrading your processor, check out our guide to doing so here for an easy step-by-step guide.

If you’re building from scratch and are looking for a good resource to guide you through the processor, we’ve written a beginner’s guide that covers the process from start to finish.

ArtofPC is reader-supported. As such, we may receive a commission for any purchases you make through our affiliate links. Thanks for your support!