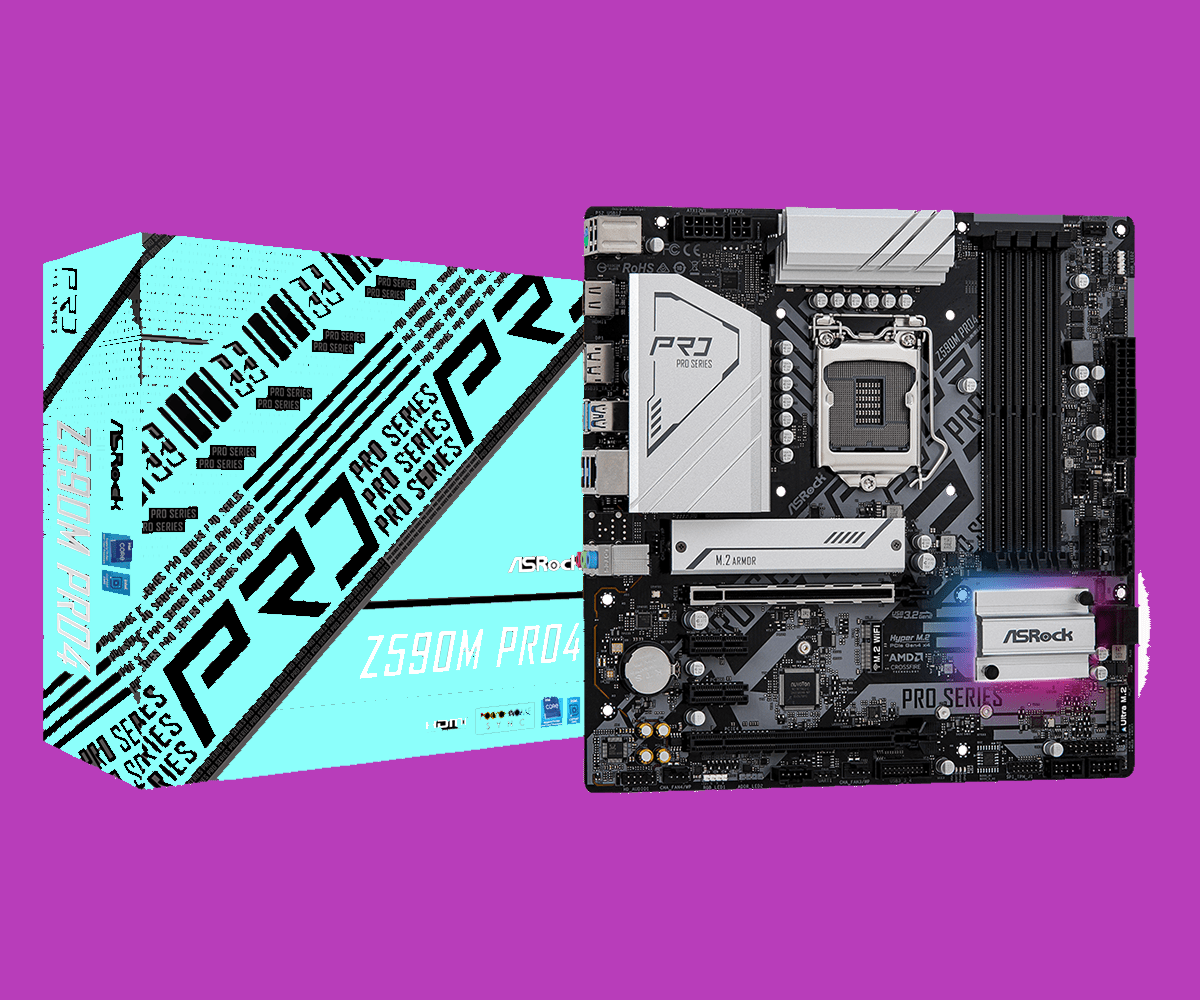 Does your motherboard matter for gaming?

Most of us know to buy a beefy graphics card for maximum frames. And of course, you’ll need a CPU that can hold its own to avoid any bottleneck. A power supply that can output the kind of wattage to support your GPU and CPU is also requisite.

But what about your motherboard? Does it really matter for gaming? Will you get less frames with a low-end motherboard than you would with a Z590? In this article we’ll answer that question, and cover all of the ways in which the motherboard does (or doesn’t) impact your PC’s performance.

Overclockability refers to a component’s ability to be overclocked (intuitive, isn’t it?). In the case of motherboards, the component in question is the CPU.

Some PC owners opt to overclock their processor in order to squeeze the maximum amount of performance from it. If you’re unfamiliar with overclocking, it is the process of increasing your CPU’s clock speed (the speed at which it runs or computes) to increase its performance, both in games and in other computational tasks.

With this in mind, it’s easy to see how the ability to overclock, or lack thereof, would limit gaming performance to some degree. If you buy an overclockable processor (this includes all Ryzen CPUs and any “K” designated Intel processor like the 11600K) and you intend to overclock, you’ll need a board that supports this.

At the end of the day, overclocking isn’t going to make or break your PC’s gaming performance. At best, you’ll notice a slight increase in frames in CPU-bound games, but CPU overclocking won’t monumentally impact your framerates.

Basically, a motherboard’s ability to overclock isn’t a huge game-changer. Overclocking is more of an enthusiast hobby that seeks to push a computer to its performance limits, but it can offer some small benefits. If you want to overclock, go for it and get a motherboard that supports it. If it isn’t for you, don’t worry about it.

For AMD, any motherboard that isn’t designated “A” is ready to overclock out of the box. For example, an A520M doesn’t support CPU overclocking, but a B550M or X570 would.

On Intel’s side, they’re a little more exclusive with their ability to overclock. Only the “X” and “Z” series motherboards allow for this functionality, so a Z590 or X299 would be overclockable. Intel’s X-series is for their enthusiast line of “X”-series processors which utilize a different socket (LGA 2066) than their consumer line, so it’s advisable to stick to Z-series motherboards for Intel builds.

Another factor that can slightly affect your gaming performance is RAM speed (and amount). RAM is similar to overclocking in that it also can have a slight impact on your FPS.

For example, check out this study done by Eurogamer. They found that a system with faster RAM was able to perform significantly better in some games than the same system with lower RAM clocks.

Additionally, it’s a well-known fact that having too little RAM can negatively impact gaming performance. The truth is, this shouldn’t come into play. Pretty much all modern motherboards come with at least two DIMM slots, meaning there’s really no scenario in which you can’t have enough RAM to run games at maximum framerates.

Not all motherboards support XMP, however. XMP is a feature built into most RAM and motherboards that allows memory speed to be boosted to its advertised level. Make sure any motherboard you’re looking to buy supports XMP; it’s the norm nowadays so most boards you come across will have this functionality.

Additionally, most motherboards come with a maximum RAM speed. You can find this by typing the model of your motherboard followed by “specifications” in Google.

For example, querying ASROCK Z590M PRO4 Specifications turns up this page. From there, I can easily see that it supports RAM speeds up to 4800MHz, and has XMP support.

Basically, you want to make sure that your motherboard’s supported RAM speed is at least that of the RAM you intend to get (or the memory that you already have), as this will ensure maximum performance.

As with overclocking, RAM speed won’t make a huge difference most of the time. It’s one of those things you might as well consider, though, because every little bit of performance counts. Additionally, faster RAM speeds will improve your computer’s performance as a whole, not just in-game.

You’re probably starting to see a pattern emerge: the motherboard’s impact on gaming performance is mostly indirect. Yet another example of this is found in a motherboard’s CPU compatibility.

Different motherboard chipsets support different hardware. An older model like a Z390 may have been great in its time (the best, in fact), but the fact remains that the best CPU it can support is Intel’s i9-9900K. This is an excellent processor, for certain, but the newest-generation 11900K is a good bit better.

The problem is, you won’t be able to use an 11th-gen Intel processor without a 400 or 500-series motherboard. The motherboard you select enables you to opt for a better CPU, which will in turn get you higher framerates.

It’s pretty simple. If you’re not sure which processors are compatible with which motherboards, you can read more about it in our guide to picking a CPU and guide to picking a motherboard. These two sections in conjunction with each other will cover all of the information you need to make an informed decision.

Last but not least, a motherboard can affect gaming performance through its PCIe support. Your graphics card (and other components) plug into a PCIe slot. In the current market, there are two PCIe generations that are by far the most common: PCIe gen 3 and gen 4.

Gen 4 is twice as fast as gen 3. It’s still relatively new, meaning only Nvidia’s 30-series and AMD’s 5000 series of GPUs include PCIe gen 4 support. Considering this, it’s unlikely that this will affect you, since you probably aren’t able to get your hands on one of these newest-gen cards due to the current GPU shortage.

Even so, it’s a good thing to know. PCIe gen 4 is the new standard, so even if you don’t have a new GPU but you’re looking to future-proof your build you might consider getting a board with PCIe gen 4 support.

It’s also important to note that just because PCIe gen 4 is twice as fast, it doesn’t impact your gaming performance a ton, since your GPU usually isn’t bottlenecked by the bandwidth of gen 3. This video by Gamers Nexus gives an idea of the variation in performance between PCIe generations.

When shopping for a motherboard, you might as well get one that allows for the best performance for your system. Getting a motherboard that’s a couple of generations newer may cost a bit more on the front-end, but it will last you longer and will provide a lot better connectivity for your system.

ArtofPC is user-supported. We may earn a commission if you make purchases through our links. It won’t cost you anything, and we won’t recommend anything we don’t completely endorse. Thanks for your support!