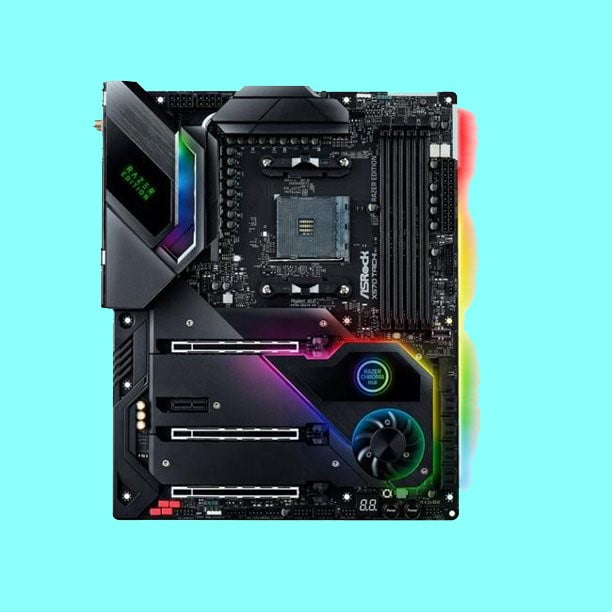 We recently released a guide to Intel’s 500-series chipsets, and thought it would be helpful to add a comparable guide addressing AMD’s side of things. While AMD’s names are structured slightly differently, the same general rule applies: the last two numbers of the suffix (e.g. A520) indicate a board’s relative position in the overall stack. Thus, any given X570 motherboard will have better features than a comparable B550.

Chipsets are useful because they’re an easy way to better group together similar motherboards. All boards of the same chipset share a specific set of features. In this article, we’ll look at what each of these features are, and how it will influence your choice of motherboard.

While the newest generation of graphics cards come equipped with PCIe gen 4, they don’t see much benefit from it (gen 3 bandwidths are still high enough to avoid bottlenecking performance significantly, even with the RTX 3090 or RX 6900XT. And since PCIe is backwards compatible, you’ll still be able to use any gen 4 peripherals on an A520 board.

The main area where you’ll see performance loss is in storage speeds; you won’t be able to take advantage of the lightning-fast speeds of gen 4 NVMe SSDs. Truthfully, even this shouldn’t matter too much. Many gen 3 drives offer transfer speeds of up to 3500 MB/s, quick enough to boot your OS in mere seconds and load games lightning-fast.

Perhaps of greater concern to many users is A520’s lack of CPU overclocking support. AMD processors are unlocked by default, but on these motherboards you won’t be able to increase their clock speeds above factory settings, for the most part. If you’re not an overclocking enthusiast, this shouldn’t be a big deal. Overclocking only minimally improves performance, and does so only when the CPU is the system bottleneck (it’s more common for the GPU to be the bottleneck).

More USB ports will allow you to connect a greater number of peripheral devices including headphones, keyboards, mice, cameras, microphones, WiFi adapters, and more. Most A520 boards should have plenty, especially considering that most cases come with additional ports.

SATA ports are mainly used for hard drives or SATA SSDs, and four of these will be more than enough for the typical user. If you stockpile storage, though, this may be a reason to consider a better board.

Next up, we have the B550 chipset. This improves upon the A520 in a number of ways, while still maintaining a reasonable cost. B550 is, by far, the best chipset for a mid-range build, and works well even in higher-end rigs.

Speaking of SSDs, gen 4 support allows you to use the fastest ones available, should you wish to do so.

Any B550 board allows you to overclock your Ryzen CPU, allowing it to run at faster speeds. As long as you have sufficient cooling, this is an easy way to squeeze an extra bit of performance at no additional cost. As previously mentioned, the benefits will be relatively minimal, so unless you simply enjoy overclocking we wouldn’t classify OC support as a must-have.

Last but not least, we have the X570, AMD’s fanciest (and consequently most expensive) chipset. If you’re looking for top-of-the-line performance, you can’t go wrong with one of these.

All X570 boards sport a monstrous 36 PCIe lanes, all of which are gen 4. This leaves 20 lanes free after adding in a discrete graphics card, some of which can be filled with a gen 4 SSD, if desired.

It will come as no surprise that the X570 supports CPU overclocking. X570 boards tend to be the best-suited for overclocking, as they generally feature the best VRMs and heatsinks. If you want to push your processor to its limits, a high-end X570 will best allow you to do so.

Which Chipset is Best for You?

Now that you have a deeper understanding of the differences between each of AMD’s chipsets, we hope you find it easier to pick the right one for your rig. If you’re still not sure, here are a few guidelines:

If you’re building a budget PC, A520 is probably best for you. You probably won’t be buying the fastest storage or graphics card, so you won’t need PCIe gen 4 support. Additionally, it’s unlikely you’ll be too worried about overclocking, as you’re probably best saving money with a stock cooler. Thus, A520 is an excellent “budget board.”

On the other hand, if you’re dropping a bit more money on your PC it’s probably worth spending the money on a slightly nicer motherboard. If you fall into this category, the B550 is an excellent candidate; it offers some useful features that mid-range builds can take advantage of, without the excessive cost of X570.

If you’re shooting for the best performance possible and want a motherboard to match the rest of your system, an X570 is, of course, the best choice.