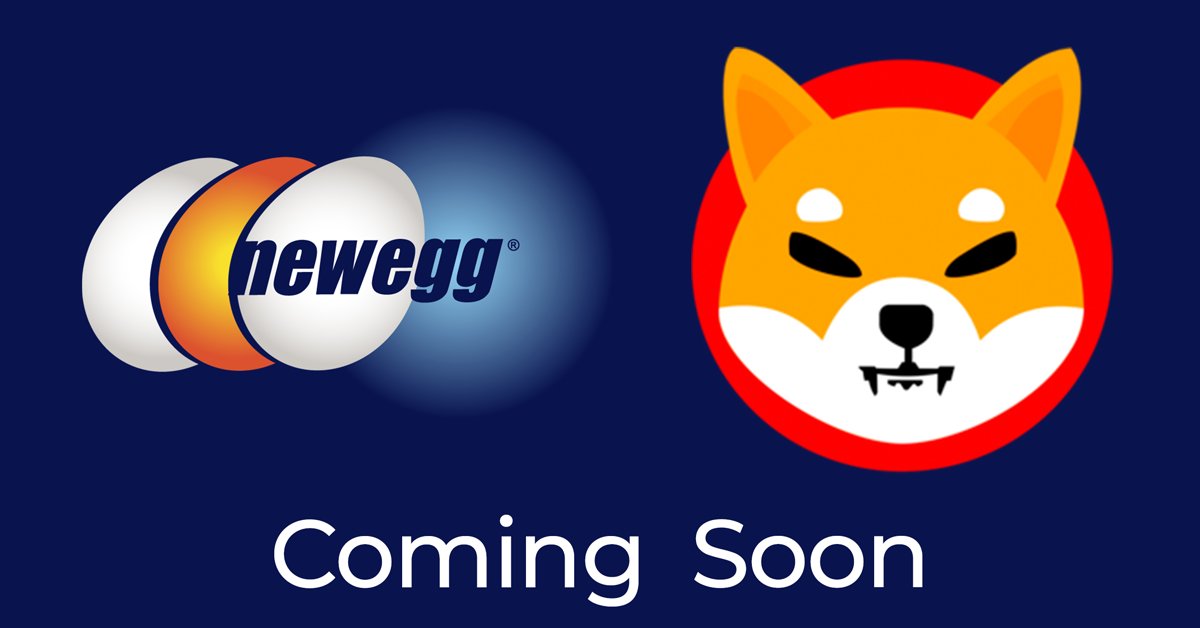 Earlier today Newegg posted a tweet that seemingly indicates that they’ll be accepting Shiba Inu (Ticker: $SHIB) cryptocurrency as payment in the near future. The tweet read as follows:

…followed by a link to their site and tags to Shiba Inu’s and Shytoshi Kusama’s (Shiba Inu’s designated leader) Twitter profiles.

Shiba Inu’s official Twitter posted a similar message along with the same image:

This is not entirely unprecedented, as a reasonable number of companies have begun to accept cryptocurrency as payment; most notably, EV-maker Tesla announced that it plans to accept Bitcoin as payment in the future.

The primary difference in this case is Shiba Inu’s theoretical lack of worth. Since there’s no cap on the supply of the crypto it’s able to inflate infinitely, thus making it a poor store of value. Despite this fact, $SHIB currently has a market cap of 21.7 billion (which is ironically nearly three times as large as Newegg’s market cap of 7.32B).

Shiba Inu is more of a meme coin than a genuine asset, so this move by Newegg is a bit perplexing. In the end, though, it’s probably a sound business move that will be beneficial to both parties involved.

Newegg is getting what’s presumably free press to Shiba Inu’s 2.1 million Twitter followers, including a link to their Black Friday sale. Moreover, there’s probably a lot of overlap between Newegg and Shiba’s target audiences; cryptocurrency has and always will be intertwined with PC hardware, as many coins (including $SHIB) are mined with it.

Likewise, Shiba could use some more exposure. The price of $SHIB has been in steady decline since its peak on October 27; it’s currently down over 50% from that mark.

We’ll keep a close eye on the situation; it will be interesting to see how it plays out over the long run, especially if $SHIB’s price corrects towards its intrinsic value.

Art of PC is reader-supported. We may earn a commission if you make purchases through our affiliate links. Thanks for your support!

How to Mine Conflux (CFX): The Complete Guide