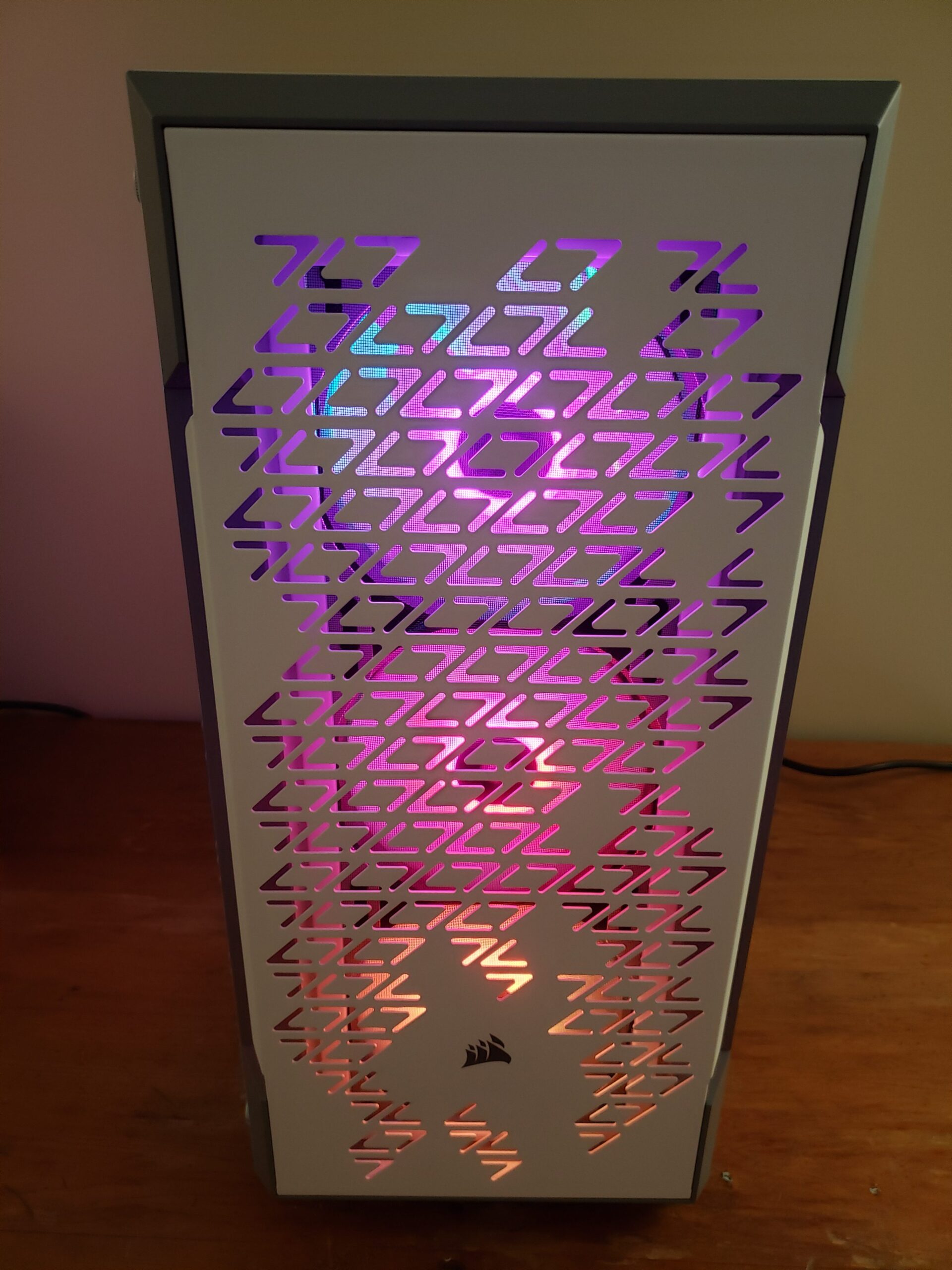 There’s never been a worse time to be in the market for a new PC. In 2021, we’ve hit rock-bottom. It seems that component shortages are the norm and products retailing for MSRP is the exception.

In this strange time we must confront the age-old question: Is it better to build your own PC, or to buy a prebuilt computer?

Buying a prebuilt may feel equivalent to selling your soul, but the truth is that there’s a lot more reason to do so now than there has been in the past. On the other hand, custom-crafting a PC is an art-form in its own right (hence our name), and money is most certainly not the only factor to consider.

For this reason, we’re going to take a look at both sides of this quandary and weigh the advantages of each choice. We’re not going to take a hard stance, rather we’ll give you the information you need to make an informed decision.

Let’s look first at the simplest and most concrete side of things, the upside of buying a pre-assembled computer.

The most obvious advantage of buying a pre-assembled PC, especially in the current market, is price. For pretty much any prebuilt PC’s hardware combination, you will pay more sourcing the parts yourself than buying prebuilt.

Note that the price of the graphics card is an average pulled from eBay for brand new items in auction-style listings. Some parts (such as the motherboard) are not specified; in these cases we select the most comparable component on the market.

As you can see, the going price for that combination of parts is roughly $2300, whereas the comparable prebuilt model costs only $2000. That’s 15% more for the same performance.

You can see why some folks are hesitant to build their own PC when they can buy one for less, without an investment in time and risk of damaging components (we’ll get to those two in a minute).

The reason larger PC manufacturers are able to supply PCs at comparably cheap prices is their supply, which often comes direct from the manufacturer. For example, HP owns HyperX RAM and AMD, Nvidia, and Intel sell them parts directly. They’re able to manufacture PCs for far cheaper than you are because of the scale of their business.

Another reason proponents of prebuilt PCs claim they’re on the right side is that it takes less time to buy a PC. You click a button, sign into PayPal or enter your credit card number and address, and click “Purchase.” It takes all of two minutes to do this entire process.

Compare this to custom-building your own computer, where you may spend hours (depending on how experienced you are) sourcing parts and making sure everything is compatible. Then, once your components arrive, you have to assemble them, install the OS, and troubleshoot if needed.

There’s no question, building a PC is a reasonable time commitment.

This may be the most common reason would-be first-time builders give for choosing a prebuilt PC over a custom computer.

There’s always an element of fear or worry when building a PC your first time, and this often carries on to the second, third, and even fourth go.

This fear is not entirely ungrounded; there’re a million ways to mess up your PC, from bending CPU pins to spilling coffee on the motherboard. Some people prefer to eliminate all chances of them bricking their newly-acquired computer, and buying a prebuilt is one way to do this.

On the other hand, there’s a million good reasons to build your own computer. Let’s look into the most compelling arguments for doing so.

Make It Your Own

With a factory-made PC you’re limited to the options the manufacturer gives you. While most GPU-CPU combinations are covered, aesthetics is one aspect of prebuilts that is lacking in terms of customization.

Most prebuilt computers offer one or two cases to choose from, so popular chasses like the Corsair 5000D and NZXT H710 are off the menu.

If you’re looking for a lot of storage, you probably have to add it aftermarket when buying prebuilt.

When you make your own from scratch, however, you’re entirely in control. If you want 72TB of storage, nobody’s going to stop you. If you want to overclock, you can buy the best-rated cooler available if that’s what you want.

There’s a lot of freedom of customization that comes with building your own computer that you wouldn’t have otherwise. You aren’t confined to the constraints that a manufacturer may have because of their assembly-line style.

Building a PC is truly an awesome experience. The whole time you’re building your computer, you’re learning how everything works. You’ll run into trouble somewhere along the way, almost inevitably. When you troubleshoot and solve the problem, though, you’ll feel like a million bucks.

You’ll always remember the first time you built a PC, and it’s a memory worth having.

Lastly, custom-building a PC requires you to learn a certain amount about a PC. You’ll have to read up on the function of every part because you have to choose every single component.

Once you know how to build a computer, you’ll always have that skillset. Certainly, there’s a degree of expertise that you can only gain from repeating the process multiple times with different builds, but you’ll have the foundation down.

Five years down the road (or more realistically, one) when you decide that your hardware is obsolete, you’ll have a lot easier time building your next one. If your CPU’s running hot, you’ll know where to find it and how to change your thermal paste.

This acquired knowledge is something you won’t get any other way; YouTube can’t do for you what doing it yourself will.

After examining both sides, we think it’s fair to say that both have their merit. If you’re strapped for cash and have a tight schedule, there’s nothing wrong with buying a prebuilt PC. It’s definitely not for everyone.

If that’s you, feel free to check out our custom-curated list of the best prebuilt PCs. We’ve got one for everyone, from the 60FPS budget gamer to the no-holds-barred enthusiast.

With that being said, there’s nothing quite like building your own rig. It’s an invaluable experience.

If you’ve decided on this path, you might want to check out our PC-building beginner’s guide. It’s a comprehensive step-by-step guide to building a PC, and it covers all of the information you’ll need to know.

One word of warning, though. Once you build a PC, your family and acquaintances will forever think you know everything about computers. You will be your family’s technical support, for better or for worse.

This isn’t necessarily a bad thing, it’s just one last factor to the equation.

Whatever you decide, good luck to you. May your parts be cheap and your GPU lifespans long.

Art of PC is reader-supported. If you make a purchase through our affiliate links we may earn a commission. Thanks for your support!