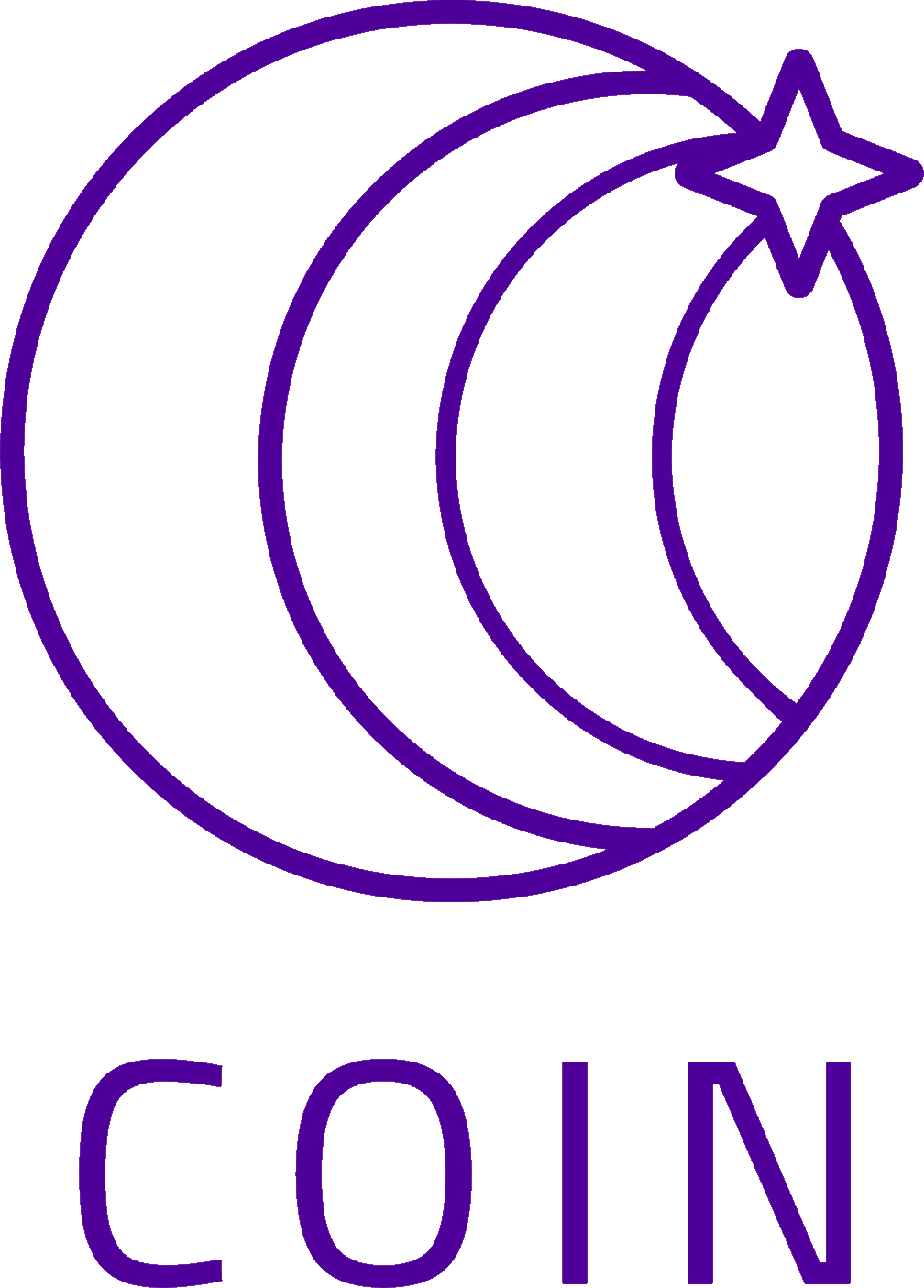 COIN App
FREE
Pros:
Cons:
Download COIN App
Art of PC is reader supported. We may earn a commission if you make purchases through our affiliate links. Thanks for your support!

With cryptocurrency growing increasingly popular, many companies are looking for new ways to appeal to crypto newcomers. Projects like Hi Dollar and Cake DeFi seek to do this through clean user interfaces and easily accessible apps.

XY Labs’ app, COIN, takes a slightly different approach. It’s a highly interactive geomining app that pays you for your location data–which they are in turn able to sell for a nice profit. Users are paid in COIN, a currency designed specifically for the app. For this reason, we feel that it’s important to first look at the utility and value of this currency.

COIN is the currency in which you’re paid within the app, but it’s not a legitimate cryptocurrency–it’s not a token built on a blockchain, nor is it the native currency of any blockchain. Instead its use is limited to the confines of the COIN app.

That’s not to say it doesn’t have value, though. It can be exchanged for a number of real-life items and cryptocurrencies.

How much is COIN worth?

Once you’ve accumulated a certain amount of COIN, you can cash it in for one of three cryptocurrencies: XYO, Ether, or Bitcoin. For XYO you’ll need a minimum of 10,000 COIN to cash out while Bitcoin requires about 2.2 million. For ETH, you’ll need a whopping 6.8 million COIN to make the conversion.

Depending on which cryptocurrency you opt for and the market value of the asset the profitability can vary. At the moment converting COIN to XYO nets you about 41 cents per 1000 COIN, Bitcoin gets you 47 cents, and Ether gets you 45 cents. Most users will never be able to accumulate the kind of balance needed to purchase BTC or ETH so 41 cents per 1000 COIN (or $0.00041 apiece) is the most realistic rate of exchange.

Aside form cryptocurrency, you can also convert your COIN to products such as speakers, DNA test kits, VR goggles, an Amazon Echo, AirPods, an iPad, a FitBit or Fossil watch, a radio, COIN merch, and more. Calculating based on the fiat costs of these items, the buying power of COIN is still usually between 40 and 50 cents per 1000.

How does the COIN app work?

The central gist of this app is that you can “mine” COIN within the app. The interface is built around a map of your real-life location, and the world is broken down into squares about the size of a house. Clicking the mining icon grants you a small amount of coin (the amount varies from time to time and you’re able to earn a lot more with higher subscription levels–more on that later).

Once you’ve mined a tile you have to wait a set amount of time before you can mine again. Alternatively, you can “clear” the square by playing “proof of work” mini-games like the one shown below.

You can do this as long as you like, so you can effectively mine nonstop. This is, however, not a very efficient way to mine COIN. You’re a lot better off moving through new squares, since this way you don’t have to beat a minigame in between mining blocks. This means that riding your bike, running, or driving with the COIN app open is by far the most profitable way to use the app.

In addition to the mining mechanism there are a number of other features that allow you to earn COIN:

While an “Auto Explore” feature exists (which auto-mines spaces when available), the app still must be running in the foreground to mine. Background rewards allow you to earn a much smaller amount even when you aren’t in the app. These take five minutes of inactivity to kick in, and you have to “recharge” background rewards by using the app.

These rewards are extremely minimal. For instance, even with a Pro account (the highest tier available) we only earned 87.48 COIN for over 8 hours worth of background rewards. This extrapolates to roughly 10 COIN (half a cent) per hour.

Another features allows you to “witness” big geomines (which essentially consists of clicking on a check-mark icon as quickly as possible). The first 200 witnesses are rewarded with a small portion of COIN, and rewards decrease with position. You won’t earn very much from this feature; even if you’re really quick rewards are usually between .01 and 1 COIN.

COIN offers additional opportunities for you (and them) to earn money in the form of rewarded tasks. These include taking surveys, scanning barcodes in grocery stores, and completing specific objectives in partner games.

None of these options are very time-efficient. Surveys usually pay 80-150 COIN a minute, based on the estimated survey times provided by the app. Even estimating using the highest figures, this works out to about to about $3.60 an hour if you’re really fast, less than half minimum wage.

Rewarded play offers you COIN in exchange for completing tasks within certain mobile games or apps. These are typically even less lucrative, as to earn the advertised amount of COIN you usually have to reach a ridiculously high level in-game or make an in-app purchase. Quests that can be completed quickly don’t pay well, and high-paying tasks will probably take weeks or even months of progress.

While you can use the COIN app and earn rewards for free, you’re almost forced to opt for a premium plan if you want to earn anything of substance. Upgrading to a paid subscription essentially nets you 24 or 36x the rewards (depending on which plan you opt for).

COIN Plus doubles everything including your mining speed, recharge rate (how long before you can mine again), number of big geomines, regular rewards, and background rewards. It’s $6.99 a week, and isn’t really a viable option.

COIN Pro is where the money is–if there was ever any to be had. For 3 bucks a week more you can earn a lot more (everything has a 3x multiplier rather than COIN Plus’ 2x). If you’re going to pay for a subscription it needs to be COIN Pro; you’ll have a far easier time breaking even this way.

The SentinelX NFC can be purchased and used with or without a paid plan. This credit card-sized device gives you a 12x boost if you don’t have a membership, or a 10% boost if you do. To gain this boost you simply scan the card with your phone periodically, assuming your device supports near-field communication.

The SentinelX BLE is a smaller device designed for keychains which fills virtually the same role as its NFC counterpart. It offers a 12x boost to mining rewards, but it has to be charged every once in a while.

How much can you earn with the COIN App?

All in all, you probably won’t earn very much with the COIN app unless you travel an absolutely insane amount. If you aren’t a trucker, traveling salesman, or touring musician it probably just isn’t worth your time.

If you find that answer unsatisfactory let’s look at the actual numbers with a COIN Pro membership (the most lucrative plan by far):

As an experiment I left the COIN app running during the entirety of a car ride that lasted a little more than an hour. This was highway travel, so I was moving the entire time. This is the most profitable type of geomining since new squares are being mined at the fastest rate possible.

Over the course of the trip I accumulated approximately 500 COIN, worth about $0.25. Thus, it takes around 4 hours of travel to earn a dollar.

Keep in mind that a $10/week subscription is needed to earn these “massive” amounts of COIN. Thus, around 40 hours of travel per week are needed to break even. Even factoring in the small amounts that come from background rewards, mining manually, or from weekly drops, it’s probably not worth the trouble. Forgetting to leave your phone on and running the COIN app is easy, and even if you do remember it comes at the cost of battery life.

The COIN app flaunts their users’ massive earnings on their website: One guy made enough from the app to pay off a mortgage (over $70,000). What they don’t tell you is that these figures aren’t an accurate representation of earning potential. The real story is that cryptocurrency has been on a tear of late, and the crypto that he cashed out several years ago is worth a lot more now. In other words, he could have just paid a relatively small amount of money and paid off his mortgage with the capital gains.

Long story short, while COIN presents an interesting concept the loss of battery life and inconvenience are almost certainly not worth the tiny amount of crypto you may earn, and paid plans aren’t much better. If you really want to try it we recommend sticking to the free plan–at least then you can guarantee you won’t lose money.

Lastly, if you’re a trucker with a portable charger we highly recommend full-sending it. While COIN probably won’t make you a multi-millionaire, you’ll be safely in the green with a Plus membership.