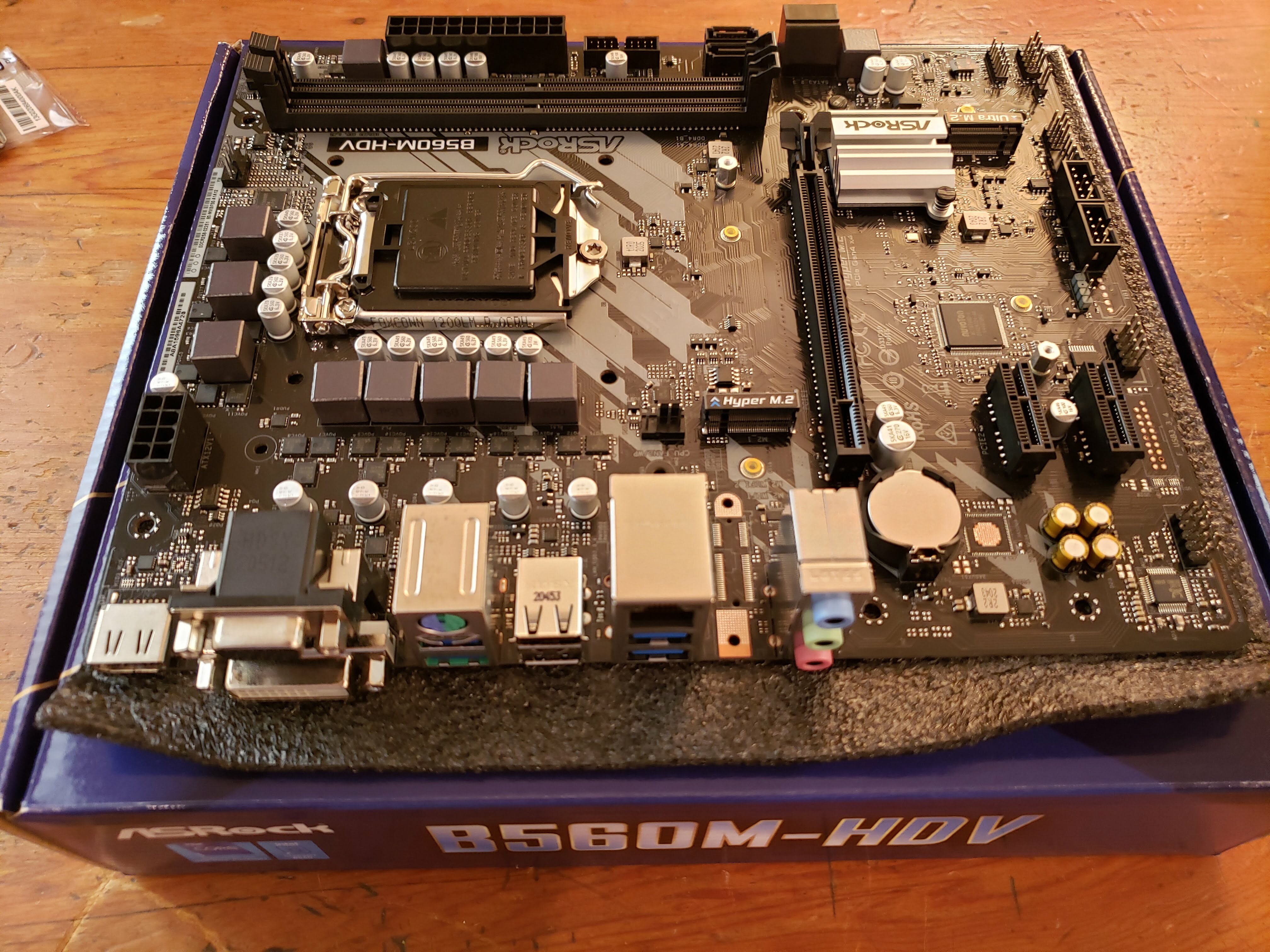 Motherboards are essential when building a PC, but a more expensive motherboard offers very little advantage compared to a cheaper one, especially when you could be spending the money on components like storage drives and CPUs which cause noticeable speed increases. A nicer motherboard may feature RGB lighting, extra PCIe slots, extra USB ports, extra RAM slots, and Wi-Fi/Bluetooth compatibility, but these features aren’t necessary for the majority of users.

If you’re looking to build a cheap PC with the best budget motherboard and no unnecessary fluff, look no further than this list. We’ve compiled a list of the best 5 LGA 1200 motherboards that cost less than $100 to use in your gaming rig (or workstation, for that matter).

All of these motherboards are compatible with Intel 10th and 11th generation CPUs. Note that, if using with an 11th-gen processor, you’ll probably need to update the motherboard’s BIOS for compatibility before use.

The MSI B460M-A Pro has no M.2 slots, and is therefore not the best choice for PCs with an M.2 NVMe. One option to work around this is to buy an NVMe adapter that plugs into a PCIe x1 slot. These cost roughly $15, making the total price less than $100 at the time of writing. Even with its lack of M.2 slots, the B460M-A Pro is, all things considered, an excellent budget motherboard.

I included the Segotep H410M-K in this list because, unlike the other motherboards so far, it supports overclocking. It’s a very basic motherboard otherwise, with no M.2 slots and 1 PCIe x16 slot. Even so, you can use an adapter as described above to allow M.2 support.

The ASRock B560M-HDV is a very well-rounded motherboard; it may very well be the best budget motherboard in this list. Its two M.2 slots are nice to have; there are not many other motherboards at the $75 price point with M.2 support (Check Newegg, as the Amazon listing is over $100 at the time of writing).

The Segotep B460M-D is another simple yet competent motherboard, and it comes equipped with an M.2 slot.

Which of these should I get?

If you’re on a tight budget and trying to decide which of these motherboards you should buy, think about what you need. If you’re planning to build a computer with an NVMe drive (which I’d highly recommend), make sure you get one that’s equipped with an M.2 slot unless you plan on using an expansion card.

If you know you want faster memory support, get one that supports 2933 MHz. Once you’ve narrowed your options down based on your specific needs, just get the one that’s the most affordable. All of these motherboards are well-made, so you won’t be losing out on quality by buying a slightly cheaper one.